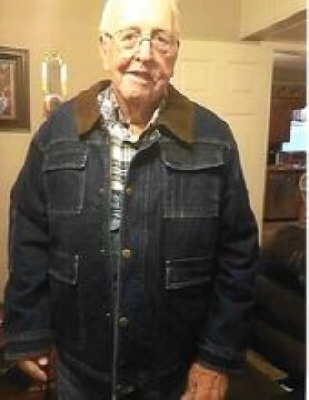 Samuel was born on June 20, 1935, to Jesse Samuel and Zora (James) Sublett in the Centerville community near Greenbrier. He was a loving husband, father, and paw-paw. He was retired from the Universal Nolin/Frigidaire. He loved working on the farm with his cattle and attending the Cleburne County Livestock auction, as well as spending time with his grandchildren, whom he referred to as "my kids". He was a faithful member of Barney Missionary Baptist Church where he served as a deacon for many years.

Samuel is survived by his wife of 58 years, Johnie Lea Sublett of the home; two daughters, Sonya Bailey (Jeff) of Vilonia; Marilyn Stewart of Conway; three grandchildren, Cassandra Tackett (Mikeyl) of Vilonia; Danielle Bailey of Vilonia; Lindsay Murray (Joshuah) of Conway; three great-grandchildren, Blane; Braelynn; and Rowan Tackett; one brother, Vernon Sublett (Juanita), two sister-in-laws, Helen Sublett of Conway, Emma Jean Sublett of Greers Ferry; two cousins, Tommy Simpson and Danny Simpson of Mount Vernon, who treated him like a father and helped him in many ways. He is also survived by many nieces, nephews, cousins, and extended family and friends.

He is preceded in death by his parents, his brothers, Esker, Raymond and Sherman; sisters, Eva Wooley, Thelma Roberts, and Pauline Stewart.

Due to the current health crisis, burial will be private at Mount Vernon Cemetery in Mount Vernon, Arkansas.
The family will announce a public memorial service at a later time.

In Lieu of flowers, the family suggests donations be made to Barney Missionary Baptist Church 594 Hwy. 107 North Enola, Arkansas 72047.

Services are under the care and direction of Vilonia Funeral Home 1134 Main Street Vilonia, AR 72173. Sign the online guestbook at www.viloniafuneralhome.com.
To order memorial trees or send flowers to the family in memory of Samuel Elbert Sublett, please visit our flower store.