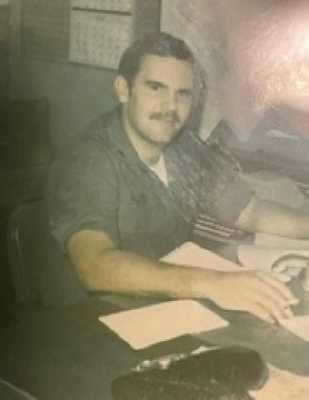 He was born July 22, 1948 in Jacksonville, Ill to the late Daniel Hanke and Dorothy Payne. Sam served in the United States Army from 1968-1974. He was a Green Beret in the Vietnam War.

After moving to Arkansas, he met the love of his life Barbara Gail Cato, and he gladly accepted the role of dad to her two children. He loved his family fiercely and always wanted everyone together. He was an avid fisherman and enjoyed gardening. He was a Christian and believed his mission in life was to witness about the time his heart stopped beating during an operation and he went to Heaven, although briefly, it had a lasting impact on his life.

He is survived by his wife, Barbara; children, Jonathon Jodoin (Loulette), and Jadie Daniel (Chris); his sister Rachel Herndon (Bobby), and brother Tim Hanke (Brenda). He was Grampy Sam to grandsons Jonathon Tyler Jodoin (Seattle), Jeremy Jodoin (Sheridan), and Holden Slayton (Cabot), and one great-grandson, Ash Jodoin. He was Uncle Sam to a host of nieces, nephews, and great-nieces and nephews whom he loved dearly, as well as many close friends.

He was preceded in death by his parents Daniel and Ida Mae Hanke and Dorothy and Bobby Payne, and one sister Patricia “Pat” Narrujo.

The family would like to thank Des Arc Nursing and Rehab for their care and overwhelming support during Sam’s brief stay in their care.

A celebration of life will be held at a later time with friends and family.

Cremation arrangements are under the care and direction of Vilonia Funeral Home, 1134 Main Street, Vilonia, AR 72173.
To order memorial trees or send flowers to the family in memory of Samuel Dean Hanke, please visit our flower store.