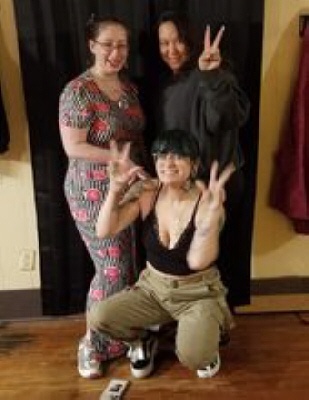 Sabrina was born in Orlando, Florida on September 26, 1987, to Randell and Julia Henderson .

Sabrina had just received her certified nursing assistant license and was employed with The Pines Nursing Home in Hot Springs. Sabrina was a supporter of the LGBTQ+ community and believed in equal rights for all. Sabrina enjoyed playing online games such as Dungeons and Dragons and Elder Scrolls, among many others. She enjoyed reading and kept up with current events, and wasn't afraid to voice her opinions when necessary.

Services will be private.

Cremation arrangements for Sabrina (Henderson) Niedzialek are under the care and direction of Vilonia Funeral Home 1134 Main Street Vilonia, AR 72173. Sign her Book of Memories at www.viloniafuneralhome.com.
To order memorial trees or send flowers to the family in memory of Sabrina Marie Niedzialek, please visit our flower store.