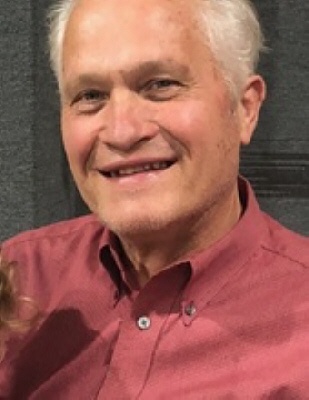 Bob was born on October 13, 1954, in Pocahontas, Arkansas to the late E. M. and Dorothy McIlroy. He graduated from Ravenden Springs High School. He was a Veteran in the United States Air Force. He was a carpenter and jack of all trades, mastering many of them. He was a christian and a member of the First Pentecostal Church in North Little Rock. He loved everyone and never met a stranger. He had a heart for missions, and provided food and clothes for widows and orphans. He was known for his culinary creations.

He leaves to cherish his memories, the love of his life, Patti McIlroy, to whom he proposed to, by asking if she would become his chief cook and bottle washer. They remained lovingly married for 43 years. He is also survived by two sons, Dustin McIlroy (Cynthia) and Ben McIlroy (Jess) both of Beebe, two daughters, Autumn Gadberry of Jacksonville and Ariel King (Robert) of Beebe; two brothers, David McIlroy (Wanda) of Pocahontas; Sam McIlroy (Peggy) of Mauriceville, Texas; one sister, Catherine Jones of Pocahontas; ten grandchildren, Ryder, Coburn, Evelynn, Drew, Eden, Carter, Aunalee, Bennett, Emery, and Everett, as well as numerous nieces, nephews, extended family and friends.

He is preceded in death by his daughter, Bethany Evan McIlroy, and a sister, Elizabeth McIlroy.

Vilonia Funeral Home is attempting to follow all COVID-19 Health Department guidelines. All attendees over the age of 10 must wear their own mask and maintain a social distance of 6 feet.

Services are under the care and direction of Vilonia Funeral Home 1134 Main Street Vilonia, AR 72173. Sign the online guestbook at www.viloniafuneralhome.com.
To order memorial trees or send flowers to the family in memory of Robert Lewis McIlroy, please visit our flower store.