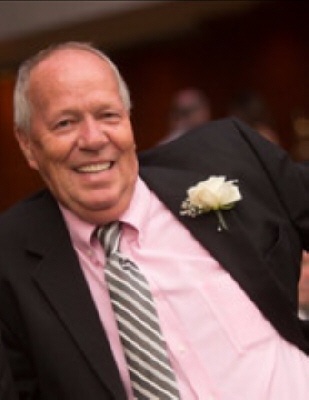 Richard Anthony Mays "Tony" passed away peacefully at his home in Greenbrier, Arkansas on August 03, 2019 at the age of 70. Richard is survived by his wife, Julia Mays of the home; son, John Tyler Mays (Morgan) of Murfreesboro, Tennessee; daughter, Erin Taylor Mays Parker (Chris) of Nashville, Tennessee, two grandchildren, Taylor Grace and Caroline McKenzie Parker; as well as his four legged child, "Jack" Russell. Richard was born on January 23, 1949 in Dallas, Texas to Richard Dunlap and Joyce (Williams) Mays. He attended Hall High School and was a graduate of the University of Arkansas Little Rock. He was a United States Veteran and served in the US Army Reserves. Retired from IBM, Davidson Law Firm as Commercial Property Manager, and Arkansas Highway Department as a Sweeper Operator. He enjoyed many years as a Charter Captain hiring out and moving sailboats, also very active member in the Grand Maumelle Sailing Club.
Later in life, after marrying his current wife Julia, he got involved in horses as a family hobby.  He was an Arkansas Team Penning Association Judge & was very proud that he had passed the testing with a 100% scoring. He was also a lifetime Equine Infectious Anemia (EIA) Verifier.  He and his wife, Julia, enjoyed traveling with their horses and dogs seeing new places. They enjoyed seeking out his previous homes in Tucson, Arizona and also in Greers Ferry, Arkansas on some of their many travels.  They spent a number of years traveling internationally to many foreign countries, some of which included a cruise to the Caribbean & extensive touring of the Netherlands & surrounding countries with their dear friends.  He was an avid NASCAR fan with his son Tyler. They attended many races together since his son was a young man. They shared in this passion and conversations together for many years. He acquired many dear friends from many states and countries (you know who you are) over the years and loved each of them very deeply. He also had a great appreciation for music which he passed down to his children. Tony was always the one you could count on to be there for you and was frequently referred to as “Tony the tool man” by many of them. He was a man of faith, and always looked to the heavens, thanking the angels sent before him for their guidance and watching over him, as he enjoyed the beautiful outdoors throughout his life. He is preceded in death by his parents, and his brother, Gary. It was the request of Mr. Mays to be cremated and a celebration of his life was held in his memory on August 4, 2019. Cremation Arrangements are under the care and direction of Vilonia Funeral Home 1134 Main Street Vilonia, AR 72173. Sign the online guestbook at www.viloniafuneralhome.com
Cremation
To order memorial trees or send flowers to the family in memory of Richard Anthony Mays, please visit our flower store.