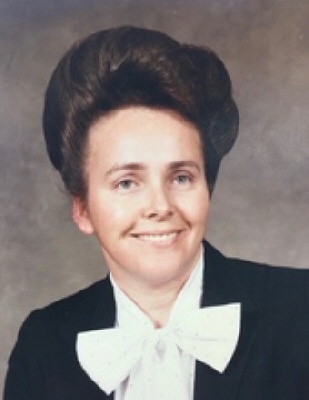 She was born Sept. 14, 1954 to the late Joseph Ray & Verine Beard Kyzar of Jayess, Mississippi. She attended New Bethel Jesus Name Church and Christian School most of her school years and graduated from Topeka Tilton High School in Lawrence County, MS. After graduating, she began teaching in New Bethel Christian school for a limited time. Linda never married but after the passing of her mother, she became the guardian of her niece, Renzie Kyzar for approximately ten years.

Preceded in death by her parents, two sisters, Betty (Willie) Martin, of Summit, MS, and Louise Thames of Monticello, MS and one nephew, Trent Kyzar.

Linda felt the call to the ministry in her early twenties. She preached out of her home church in Pine, Louisiana, under Bro. Jerry Cox, where she lived for a few years before evangelizing full time.  Her ministry was throughout the United States and abroad, even to Korea.  She was ordained in the United Pentecostal Church International in July 1985, in Tioga, Louisiana by Rev. T.F. Tenny. In the mid-eighties, she moved to Beebe, Arkansas where she continued to evangelize under the pastorate of Dr. John Scheel, for the remainder of her ministry, even while pastoring churches in Vernon, IL and in Murfreesboro, TN.  She was the founder of the Women’s Ministerial Alliance that continues today across many of the Apostolic churches. After resigning from her pastoral ministry, she moved to Florence, MS and began evangelizing again until she and her traveling missionary friend, Sis. Bobbie Lively made several trips to Nunavut in the Artic, where she preached the Apostolic doctrine to the Inuit Eskimos, who were very eager to accept the Truth.

She was lovingly cared for by her adoring niece, Violet Scheel, for the past 7 years, as well as many friends and ladies of the Lighthouse Pentecostal Church and the faithful nurses, aides, and staff of the Beebe Retirement Center and Elite Hospice.

A Homegoing service will be held at the Lighthouse Pentecostal Church in Beebe, AR on Thursday, May 7, at 7pm, with Dr. John Scheel and Pastor Jason Scheel officiating.  Interment will be near her beloved mother in Jayess, MS with a graveside service at Providence Cemetery, Friday, May 8 at 4pm.

Social distancing requirements will be expected.

Services are under the care and direction of Vilonia Funeral Home 1134 Main Street Vilonia, AR 72173.
To order memorial trees or send flowers to the family in memory of Rev. Linda Kay Kyzar, please visit our flower store.