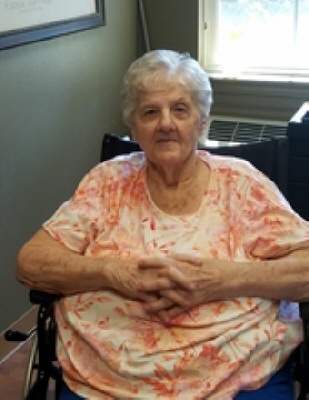 Peggy Jean Cameron (Hazlett), of Conway, passed away in Salem Place Nursing and Rehab on April 20, 2020 at the age of 88.

Peggy was born on July 4, 1931 in Frierson, Louisiana, near Shreveport.
Peggy attended school in Louisiana before meeting her future husband, Robert Lee Cameron, who was stationed at Barksdale Air Force base in Shreveport. They were married in 1951, and spent more than 50 years of their lives together in Oskaloosa, Iowa raising three children. Peggy was a homemaker and babysitter who liked to bowl, work in her flower garden and enjoy the many birds who would frequent their yard, particularly the colorful Cardinal.

She leaves to cherish her memories, two sons, James Robert Cameron of Conway, AR; Randy Allen Cameron (Marilyn) of Ocala, Florida; daughter, Debra Diane Carpenter (Merle) of Springfield, MO; one sister, Melva Ann Lagars of Mansfield Louisiana, 6 grandchildren, and 9 great-grandchildren.
She is preceded in death by her parents, and her husband, Robert Lee.

Cremation arrangements are under the care and direction of Vilonia Funeral Home 1134 Main Street Vilonia, AR 72173. Sign the online guestbook at www.viloniafuneralhome.com
To order memorial trees or send flowers to the family in memory of Peggy Jean Cameron, please visit our flower store.