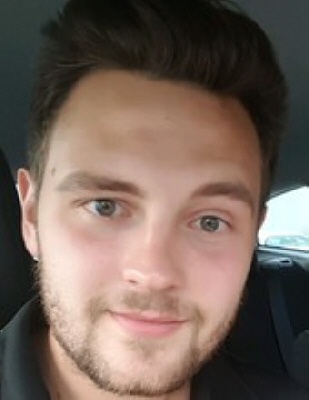 Nicholas Wayne "Nic" West passed away on April 05, 2018 in Conway, Arkansas at the age of 26. Nic was born on June 2, 1991 in Conway, Arkansas to Charles and Carmen (Sutterfield) West. He was Valedictorian of his 2009 graduating class at Mt.Vernon-Enola High School. He graduated from the Univeristy of Central Arkansas in December of 2016 with a Masters degree in Biology. He worked as an Adjunct Biology Professor, and was currently a research assistant for Dr. Kari Naylor at the Univeristy of Central Arkansas.  Nic was a brilliant scientist that thrived in an academic environment. Nic had a love for his friends, nature, family, and his rescued fur baby that he found in a dumpster, and lovingly referred to as his dumpster baby, named Kash. He had a kind and gentle heart, and a willingness to help others, even those that were deemed societal outcasts. His free, fun-loving spirit made him a joy to be around, and provided those closest to him with entertainment. He was fearlessly outspoken against injustice, bigotry, intolerance, and hate. He was an active supporter and member of the LBGTQ+. He actively lobbied for all human equality. Nic battled with the darkness of Bi-Polar disorder and depression. He struggled daily with feelings of isolation, turmoil, and hopelessness. Despite his vigilance with this battle, it was ultimately this darkness that consumed him. Nics family and friends choose to use his death as a reminder for others who are battling this same darkness to please seek help. There is HOPE! Nic is survived by his mother, Carmen Burns (David) of Mt.Vernon; and father, Charles West (Angie) of Quitman; grandparents, Eddie and Sherry Sutterfiled of Mt. Vernon-Enola; brother, Mackenzie West of Mt. Vernon-Enola; sister, Madelyn West of Mt. Vernon-Enola; three step-sisters, and a multitude of aunts, uncles, and cousins; as well as a host of colleagues and friends that he considered family. A public gathering of friends and family will be Wednesday, April 11, 2016 from 5:00 - 6:45 PM. at Knights of Columbus 514 East 6th Street Conway, Arkansas 72032. A Remembrance Ceremony will follow at 6:45 PM at the same location.  Arrangements are under the care and direction of Vilonia Funeral Home 1134 Main Street Vilonia, AR. 72173. Sign the online guestbook at www.viloniafuneralhome.com
Gathering of Family and Friends
Wednesday April 11, 2018 5:00 PM to 6:45 PM Knights of Columbus 514 East 6th Street Conway, AR 72032
Celebration of Life
Wednesday April 11, 2018 6:45 PM Knights of Columbus 514 East 6th Street Conway, AR 72032
To order memorial trees or send flowers to the family in memory of Nicholas West, please visit our flower store.