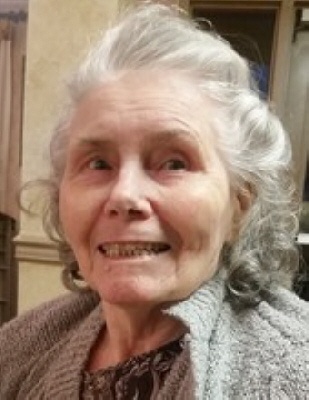 Lydia Sergeevna Hrapoff (Prootkoff) passed away peacefully in Conway, Arkansas at Salem Place Nursing and Rehab on June 14, 2018 at the age of 94. Lydia was born on January 2, 1924 in Shanghai, China to Haylovich Prootkoff and Xeny Sergeevna. She was raised in Shanghai's French Concession by her grandparents. After a two year courtship she was married to her spouse, Nicholas Hrapoff on January 29, 1941. She was a homemaker to their 3 children. As communism began to spread, they immigrated to the United States in 1948 to live out the American dream in the Bay Area of California. In 2008 she moved to Arkansas to live near her son George and his family. Lydia never worked outside the home, but she loved to cook, entertain and of course, dance.  She leaves to cherish her memory, her son, Constantine Nicholas Hrapoff, three grandchildren and two great granddaughters which she loved dearly.  She often said that "America is the greatest country ever and God Bless America." She was of the Russian Orthodox Faith and a member of the Holy Virgin Cathedral in San Francisco, California.  She is preceded in death by her husband, son, George Hrapoff, and daughter, Helen Hrapoff. Services are private under the care and direction of Vilonia Funeral Home 1134 Main Street, Vilonia, AR. 72173. Sign the online guestbook at www.viloniafuneralhome.com
Private Services
To order memorial trees or send flowers to the family in memory of Lydia Sergeevna Hrapoff, please visit our flower store.