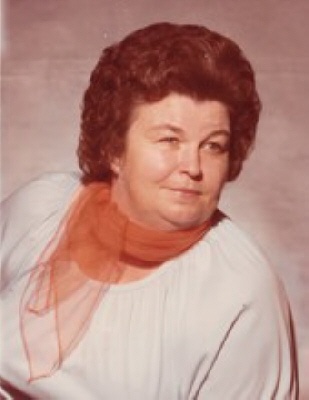 Lavern (Adams) Sturdevant of Conway, formerly of Dover, Arkansas; went to be with the Lord, Monday, November 9th, 2020, at the age of 82, surrounded by her family. She was a Christian and member of First Vilonia Assembly of God.

She was born July 4, 1938, in Dermott, Arkansas to the late Homer and Lucille Adams. Lavern met and married Joe Sturdevant and they moved to Russellville in 1969 where she worked and managed several convenience stores. She retired in 1986 and became a house-wife so that she could enjoy her grandchildren. She enjoyed riding the motorcycle with her husband.

She is preceded in death by her parents, her husband of 58 years, Joe Sturdevant; one son, Danny; four great-grandsons, Freddie, Theodore, Rhett, and Carter Cooley.

Funeral Services will be held Saturday, November 14th, 2020, at 11:00 am in First Vilonia Assembly of God at 851 US-64 Business Vilonia, AR 72173, with Pastor John Wimberly and Brother AJ Cooley officiating. Burial will follow at 3:00 PM in Rest Haven Memorial Park in Russellville, AR

Special thanks to Hospice Home Care the family and friends who have supported us through this journey.

Vilonia Funeral Home is attempting to follow all COVID-19 Health Department guidelines. Attendees over the age of 10 should wear their own mask and maintain a social distance of 6 feet.

Services for Mrs. Lavern (Adams) Sturdevant are under the care and direction of Vilonia Funeral Home 1134 Main Street Vilonia, AR 72173. Sign her Book of Memories at www.viloniafuneralhome.com.
To order memorial trees or send flowers to the family in memory of Lavern Lillian Sturdevant, please visit our flower store.