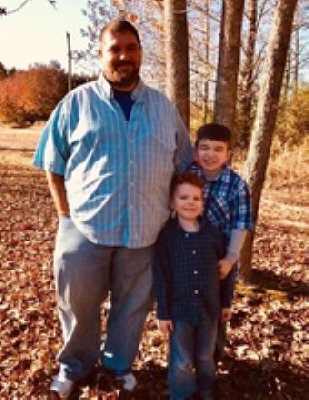 He was born December 15th, 1978, in Conway, to Jerry and Carolyn Watson. David worked with his brother, John Watson as a contractor in the construction business. David was happiest when he was spending time with his wife and children.

He was preceded in death by his father, Jerry Watson, mother, Carolyn Watson, and one brother, Samuel Brister

The family will host a memorial service Saturday, July 3, 2021, at 2:00 pm, at the Vilonia Senior Citizen Center, 10 Bise Street, Vilonia, Arkansas 72173. For floral deliveries and information regarding the service contact Martha Smith 501-940-9836.

Services for Jerry David Watson, Jr. are under the care and direction of Vilonia Funeral Home 1134 Main Street Vilonia, AR 72173. Sign his Book of Memories at www.viloniafuneralhome.com
To order memorial trees or send flowers to the family in memory of Jerry David Watson, please visit our flower store.