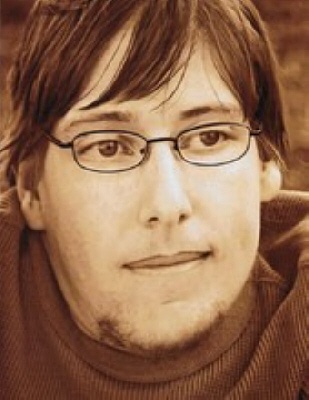 James was born on December 2, 1985, in Little Rock, Arkansas to James Elmer and Brenda Ellen (Grissom) Jenkins. He graduated from Vilonia High School in 2004. For everyone that knew James, his life was never easy for him. When he was young, his life filled with multiple visits to several doctors. They got to know him very well. At a young age, James would tell them how he felt under his breath, and the doctors would turn and say, "what did he say"? His family would just look at each other, not believing what he had said. The doctors would laugh, and when James came back to the doctor, they would always joke with him about the last visit.

Finally, something good happened to him, a match made in heaven, when he met April Morton, who was in a wheelchair like him. She traveled all the way from Washington State by herself to be with James. She became his whole world. James and April were married in 2012. Everyone loves her and is proud to have her as a part of their family.

James and April got a puppy that they named Waylon and he became a special part of their lives. James enjoyed playing Xbox games with April. He enjoyed fishing, riding his four-wheeler, going hunting, traveling, singing and going to concerts. His favorite genre was country music. He played basketball for the Arkansas Junior Rollin' Razorbacks.

James taught us how to look at the world and see the challenges that a handicapped person goes through. He loved his family very much. He will be forever loved and missed until we see him again.

He is survived by his wife, April Morton of Conway; parents, James and Brenda Jenkins of Conway; one sister, Tammy Henson (Dustin); niece, Alaina Henson; two nephews, Caden and Tayhlor Henson all of Conway; Aprils parents, Steve and Kathy Morton of Washington; her grandmother, Mary (Nonie) Osborn of Washington; his brother-in-law, Alex Morton (Stephanie) and their children, Amber and Landon who all loved him as their own.

He is preceded in death by his grandparents, Donna and Eldon Grissom; JW and Wanda Jenkins.

Services are under the care and direction of Vilonia Funeral Home 1134 Main Street Vilonia, AR 72173. Sign the online guestbook at www.viloniafuneralhome.com.
To order memorial trees or send flowers to the family in memory of James Eric Jenkins, please visit our flower store.