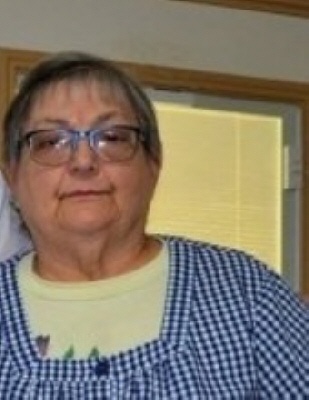 Genevieve Lee "Jenny" Ticson,  of Little Rock, formerly of Vilonia, Arkansas passed away on November 20, 2019, at the age of 77. Jenny was born on March 4, 1942, in Helena, Montana to Clements and Sophie Gesell. She married William Robert Ticson Sr. on August 10, 1960. She worked for many years as a cook in the public education sector. She was a Methodist and member of First United Methodist Church in Vilonia. She enjoyed cooking, baking, and was known for making some of the best wedding cakes in her time. Her greatest joy was spending time with her family, and loving on her grandchildren and great-grandchildren. She leaves to cherish her memory, her husband of sixty years, William Robert Ticson Sr.; two sons, William Robert Ticson, Jr. of California; Douglas Steven Ticson of London, Arkansas; eight grandchildren, four great-grandchildren, as well as many extended family and friends. She is preceded in death by her parents, two brothers, seven sisters, and her daughter, Robbie Lynn Walker. Her family will be present for visitation, Monday, November 25, 2019 from 5:00 PM - 7:00 PM at the Vilonia Funeral Home Chapel. Cremation arrangements are under the care and direction of Vilonia Funeral Home and Cremation 1134 Main Street Vilonia, AR 72173. Sign the online guestbook at www.viloniafuneralhome.com.
Cremation
To order memorial trees or send flowers to the family in memory of Genevieve Lee Ticson, please visit our flower store.