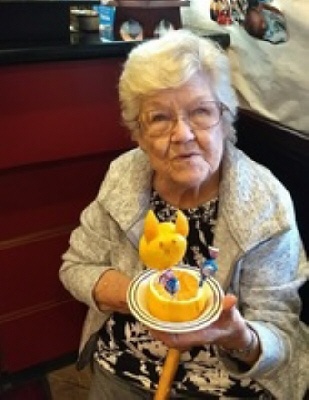 She was born October 27, 1937, in Waco, Texas to the late Doc and Virginia Ashby. She was a christian in the Baptist faith and was a member of Bethlehem Baptist Church in Greenbrier. She enjoyed gardening, cooking, reading the bible and spending time with her family. She was married to Robert "Mickey" Wingo, who was a deacon and preacher in the Baptist church. She assisted his ministry by playing the piano, singing, and working for the lord. Evelyn was involved with the Foster Grandparents Program in Faulkner county for many years.

In addition to her parents, she was preceded in death by her husband, Robert "Mickey" Wingo and her son, Michael Charles Wingo.

Services will announced by the family at a later time.

Arrangements for Evelyn Wingo Graham are under the care and direction of Vilonia Funeral Home 1134 Main Street Vilonia, AR 72173. Sign her Book of Memories at www.viloniafuneralhome.com
To order memorial trees or send flowers to the family in memory of Evelyn Jenell Graham, please visit our flower store.