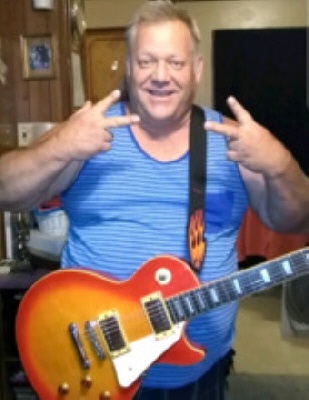 Dwight was born on June 19, 1964 in Washington, D.C. to Dwight and Thelma (Naron) Devoss. He attended Chapparral High School in Las Vegas, Nevada. He was an amazing husband, father, and friend to all who knew him with a heart of gold. He was a skilled musician playing the guitar, bass, and accordion. He enjoyed singing, collecting and rebuilding guitars, fishing, and working on vehicles. He had a special love for his children and family as well as his fur baby Hercules.

He is preceded in death by his parents; three brothers, Courtney Devoss; Joseph McCabb; Michael Baker; and Steve Zakas.

Arrangements are under the care and direction of Vilonia Funeral Home Sign the online guestbook at www.viloniafuneralhome.com.
To order memorial trees or send flowers to the family in memory of Dwight Theodore DeVoss, III, please visit our flower store.