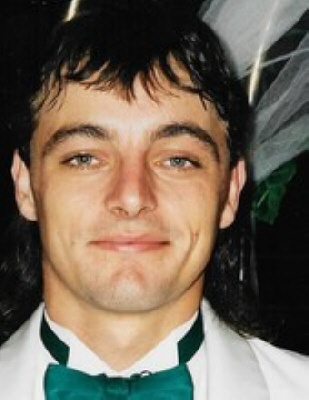 Douglas "Doug" Ray Jackson, Jr. of North Little Rock, Arkansas passed away on November 29, 2018, at the age of 45. Doug was born on June 16, 1973, in North Little Rock, Arkansas to Douglas Ray and Mary Ann (Bennett) Jackson. He enjoyed fishing, watching the Razorbacks and spending time with his daughter Krissa. He worked for Wayne Barker for 29 years. Wayne was like a father to Doug. He is survived by his mother of North Little Rock; and his daughter, Krissa-Jo Jackson of Conyers, Georgia. He is preceded in death by his father, Douglas Ray Jackson, Sr. and his brother, Gary Ray Jackson. The family will receive friends for visitation on Wednesday, December 5, 2018, from 10:00 - 10:45 AM. at Vilonia Funeral Home 1134 Main Street Vilonia, AR. 72173. Graveside services will follow at 11:00 AM at the Vilonia Cemetery in Vilonia, AR. Funeral Arrangements are under the care and direction of Vilonia Funeral Home. Sign the online guestbook at www.viloniafuneralhome.com
Graveside Service
Wednesday December 5, 2018 11:00 AM Vilonia Cemetery Cemetery Road Vilonia, AR 72173
To order memorial trees or send flowers to the family in memory of Douglas Ray Jackson, please visit our flower store.