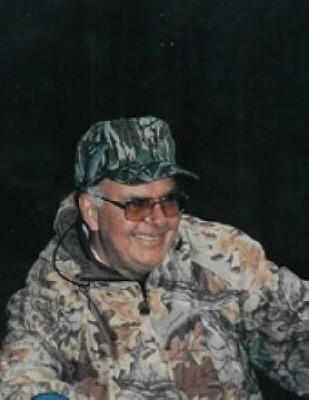 Donald Wayne York, 73, passed form this earthly life on June 12, 2020. He is preceded in death by his parents, William Troy and Zora Lillian York, and a sister, Nancy Jo Ann York-Mahan. Left to cherish his memory are his nephew, Timothy Allen Mahan and wife, Jan, of Clinton and a brother-in-law, David Mahan, of Damascus.

Wayne graduated from North Little Rock High School and afterwords continued his job clerking at the North Little Rock Drug Store. He also worked a few years with the Missouri-Pacific, Texas-Pacific Railroad. Wayne eventually took a job with Kroger Foods as a warehouser, from which he later retired.

Wayne loved to fish and hunt and also had a knack for gardening. Known for his "Community Garden", folks would come by his house and help themselves to the spoils of his garden, especially tomatoes and turnip greens. They would try and pay Wayne, but he'd just tell them to take what they needed; no payment was necessary. He also was a master cornbread chef, turning out perfect bread in his favorite cast iron skillet.

Wayne especially had a big heart for his nephew, Tim "Allen" as he called him. He taught him how to drive a boat. Wayne couldn't swim, but took Allen on his first trip to the Buffalo River where they fished, camped, and of course, turned over in the river. Wayne was often seen toting Allen around on his side as a young toddler, everywhere he went.

Wayne loved the Lord. His Bible stayed close to his chair and he would read it weekly. He also had a special place in his heart for the church at Levy Church of Christ and grew up there as a child with his family.

Also a big part of Wayne's life were his dearest friends. It was tradition for them to gather up on the back porch every day for coffee, to cook out, or just visit and try and talk about how to solve the world's problems.

Wayne was a charmer. He gave when he didn't have it to give. He will be truly missed by his family and friends.

Services will be held on Tuesday, June 16th, 2020 at the pavilion at Cypress Valley Cemetery in Vilonia. Visitation will be at 1:00 p.m., with funeral service to follow at 2:00 p.m. also at the cemetery. COVID-19 social distancing requirements will be strictly enforced.

Arrangements are under the care and direction of Vilonia Funeral Home 1134 Main Street Vilonia, AR 72173. Sign the online guestbook at www.viloniafuneralhome.com

To order memorial trees or send flowers to the family in memory of Donald Wayne York, please visit our flower store.