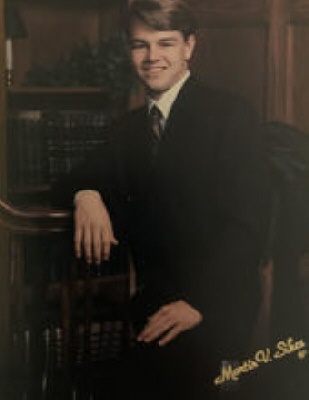 Brad Aaron Graddy passed away peacefully March 6, 2020. He was born January 3, 1973, in Little Rock, AR.
Brad was a resident of Conway, AR, graduating from Conway High School in 1992. He also attended UCA and College of the Ozarks. He was a member of the Conway First United Methodist Church.

Brad was blessed with an outstanding personality and a wonderful smile. He enjoyed soccer and played on the Conway High School team that won the state tournament. His team selected him the Defensive Player of the Year. Brad also loved water skiing, mountain climbing, and racing cars.

Brad worked for several oil and gas companies as Director of Right of Way Acquisitions. He also worked as a professional commercial driver.

Cremation arrangements are under the care and direction of Vilonia Funeral Home 1134 Main Street Vilonia, AR 72173. Sign the online guestbook at www.viloniafuneralhome.com
To order memorial trees or send flowers to the family in memory of Brad Graddy, please visit our flower store.