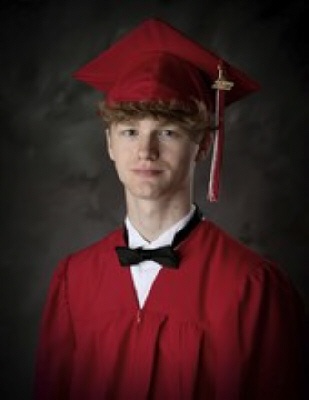 He was born July 3rd, 2003, in Conway, to Kenneth and Heather Rash. He attended the Vilonia High School and played basketball, track and football. In his spare time, he enjoyed fishing, practice shooting, playing video games, playing basketball, making tiktok videos, but seemed to enjoy driving most of all. He also enjoyed pestering his bigger brother Tommy.

He was preceded in death by his great-grandmothers, Rita Arnold and Virginia Collier; great-grandparents, Harry P. and Norma Grace Rash, and one uncle, David Davis.

The family will receive friends for visitation on Sunday, August 15th, 2021, from 5:00 pm to 7:00 pm at Vilonia Funeral Home, 1134 Main Street, Vilonia, Arkansas 72173. Funeral Services will be held Monday, August 16th, 2021, at 3:00 pm at Conway Cowboy Church, 12 AR-36, Conway, AR 72032, with Brother Charles Pruitt officiating. A second visitation will be one hour prior to the funeral also at the church. Cremation will follow the service with a private burial at a later date.

Services for Auston Michael Rash are under the care and direction of Vilonia Funeral Home, 1134 Main Street, Vilonia, AR 72173. Sign his Book of Memories at www.viloniafuneralhome.com.
To order memorial trees or send flowers to the family in memory of Auston Michael Rash, please visit our flower store.